Work has been pretty hectic lately, which means there's limited time to spend eating food in far away places - not that I go to many far away places anyway :/ We've been spending our lazy Saturdays stuffing our faces in Artarmon, and one of these eateries is Taipei Chef, which is absolutely packed at night but not so busy in the day. 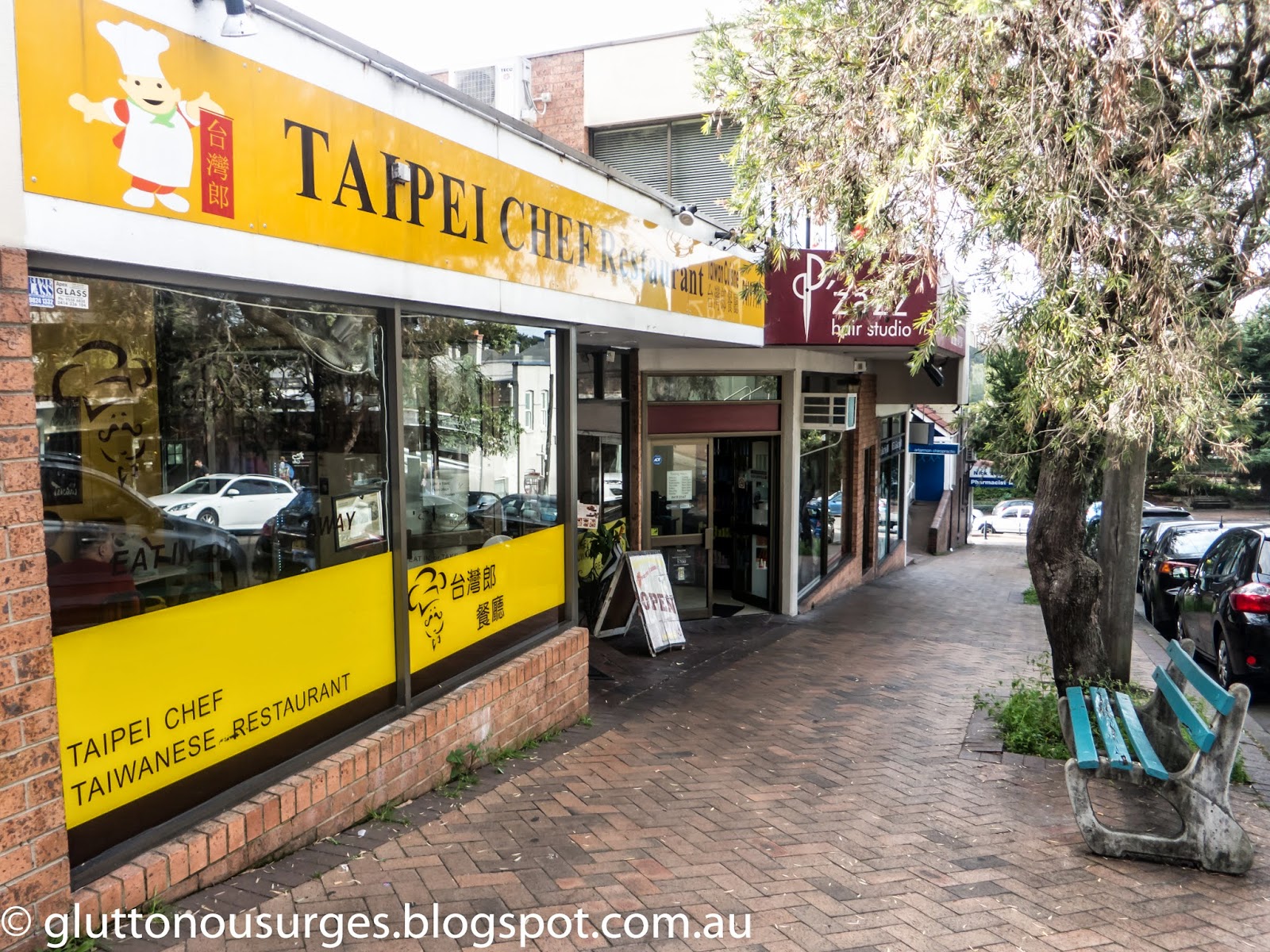 We decided to order a banquet-style lunch and selected 3 meat dishes to share. Out of curiosity, I also requested a beef noodle soup, which turned out to be a clear broth with rice noodles and strips of beef. Something like the Taiwanese version of pho. The soup grew on me, so I drank most of that and gave the majority of the carbs to the Boy to slurp up. Despite what it looks like in the photo, it was actually a decent size. It's a good thing we didn't order rice as well, because then we would have had to take away the other three dishes.


Next up was the Boy's favourite seafood - pippies! He wasn't too impressed with the taste - a little bit too fishy for his liking. I didn't notice though - pippies generally taste heavily of brine, don't they?


The scallops were cooked in a sauce similar to that which came with the pippies. Standard Chinese scallop dish, so I was quite happy.


Lastly, the Mongolian chicken - not that this is a Taiwanese dish (I'm not even sure if this is Mongolian). It came sizzling on a hot plate with onions and carrot. Tender chicken, tasty, lots of sauce. Clearly Mongolian meat dishes come in a wide variety of styles, as I remember other such dishes being drier/ having more spices.


I'd imagine this place is great to come to if you're in the area and craving something non-Japanese, or if you're just keen to pick up some takeaway on your way home.

They say that when you make a habit of setting your expectations low, you're bound to be pleasantly surprised. This was definitely the case for Subsolo, since the first sentence I think when the word tapas is tagged on to a restaurant description is "this is going to be a rip-off". In a smaller group, perhaps our wallets would have been feeling much lighter. However, our band of 7 left the premises having tasted at least 8 menu items, feeling almost uncomfortably full and smiling at the pleasant service we'd received- all for around $30 per person.

Living up to half of its name, Subsolo is a subterranean restaurant (read: basement) in-between Wynyard and Town Hall. Thankfully there were plenty of lights as well, so at least we could examine our food here :P 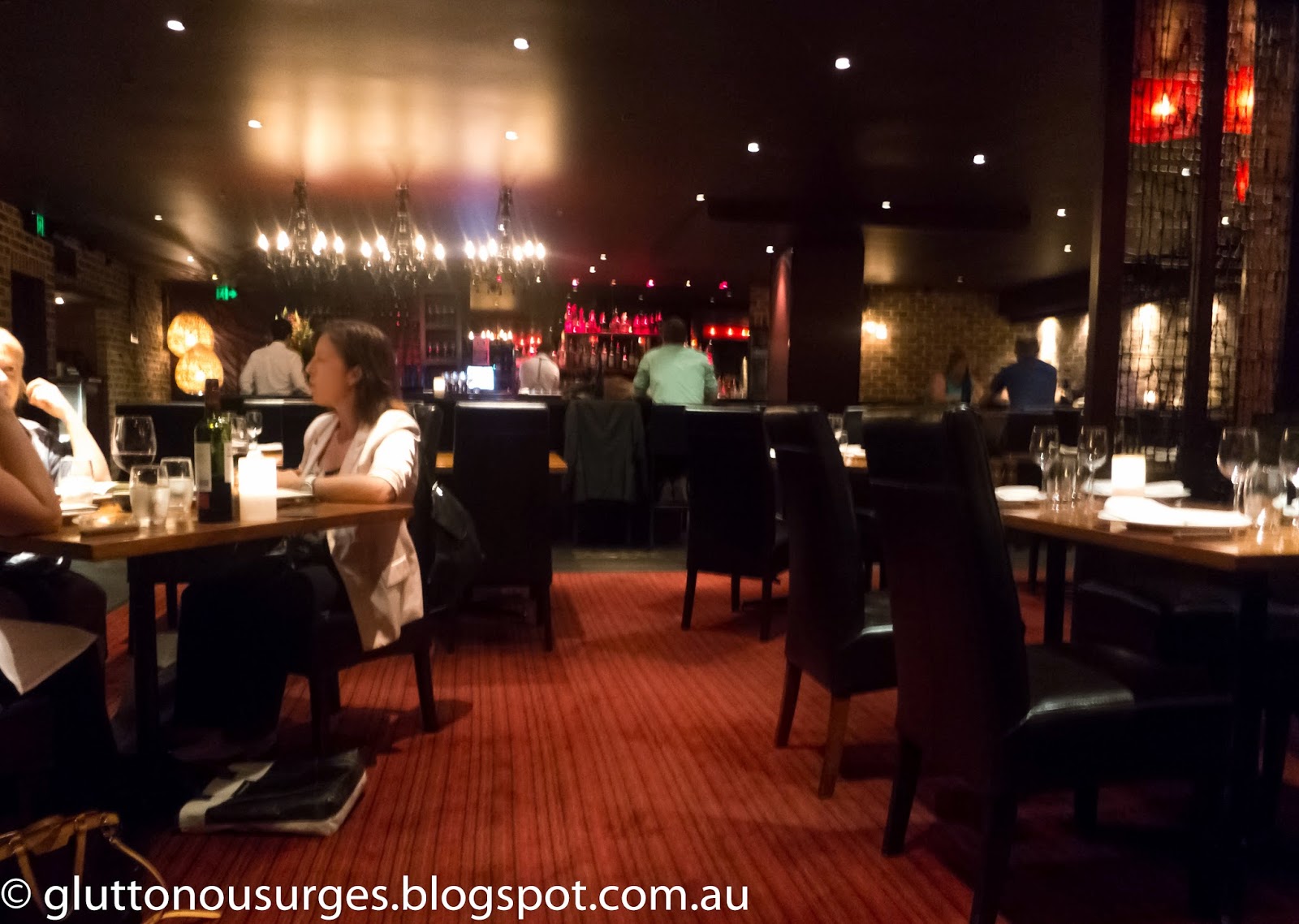 After much debate, we decided to share everything. Thus, our parade of food descended from waiters' hands in the following fashion:


Though we had ordered both styles of patatas, I had neglected to take a photo of the creamy patatas aioli ($9), which outshone its ("fiery") tomato-coated patatas bravas ($10) sibling (below) in flavour. The tomato sauce of the latter was actually pretty spicy, which normally wouldn't be a problem, but there was something sharp about the whole dish that made it a little offputting.


The pork belly with Calvados apples & Jerez cabbage ($24) was one of my favourites. The brittleness of the crackling made it difficult to cut in half, but it was well worth the struggle to share the tastiness of this dish. Pork belly has the tendency to go dry if not done well, but the apple and red cabbage helped immensely to moisten the meat.


The Spanish meatballs on Romesco sauce with cheese ($18) were good but not that memorable. I don't recall having issues with the mince (little nerves/ hard bits that have to be spit out), which I think is a great trait to find of one's meatballs.


By this time, my appetite was satiated. However, the food kept coming, the others kept eating, and I had a bit more room in my stomach, so what choice did I have but to push on??

The Valencia ($39) is Subsolo's signature paella dish. It's an all-in-one dish with chicken, chorizo, mussels, chunks of fish, and calamari. Lots of rice below, but there was plenty of meat to go around, even if it was solely placed at the top.


Since I figured the chicken & pork chorizo paella ($34) would be the same as the Valencia, except without the seafood, I decided not to dig into that one. Our non-seafood eaters were pretty happy with it, in any case.

Our final round of dishes arrived - the skewers. Despite the generosity of the meat, I wouldn't recommend either of these. The chicken fillet with peri peri ($32) was very spicy/ salty and it was just too flavoursome for any of us. The Pork Belly with Chorizo skewer ($36) was not as heavy on the palate, but exceedingly dry and tough.


Would I return? Sure. I'd just avoid the skewers at all cost.